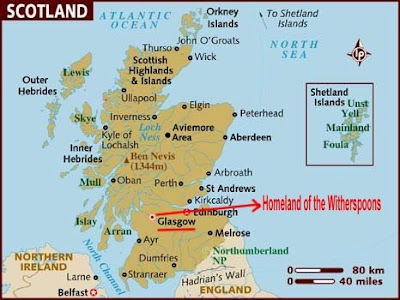 In particular, Boykin Witherspoon owned my Pressley, Brayboy/Morris and possibly Hines and Jefferson lines. My grandpa Stephen Pressley who was born in 1820 was owned by Boykin Witherspoon. Stephen in fact wore the Witherspoon name up until the end of slavery when he took on the surname, Pressley.


So who are the Witherspoons and when did they arrive in America? The first Witherspoons according to a history written in 1790 by Robert Witherspoon, the grandson of the original Witherspoon settlers came to America in 1734.

The patriarch of the original emigrants was John Witherspoon who was born in 1670 in Begardie, Glasgow, Scotland. He married his cousin, Janet Witherspoon in 1693. The two were direct descendants of John Knox of Scotland and Robert the Bruce. As well, they were blood-related to Mary Queen of Scots.

As mentioned they originally resided in Scotland but relocated in 1695 to Knockbracken in the parish of Drumbo, Down county, Ireland where their children were born.

So what made them want to come to America? John Witherspoon received land grants from the King of England, George II. The tract of land sat between the lower Santee, Black and Pee Dee rivers. King George II ordered that eleven townships be erected to develop the "back country" of the Carolina Province. The townships were to consist of 20,000 acres laid out to front a river. The land where the Witherspoons were en route to sat on the Black river.

It still seems odd when you think about it for a King of England to be sending orders clear across the ocean in regards to the affairs in America. I guess I'm so used to our current governmental regime but this of course was before the "invention" of Presidents, Congress, and other U.S. government entities.

Hence, the Witherspoons set sail on September 17, 1734 from Belfast in Northern Ireland to America on a ship called "The Good Intent". The passengers included John Witherspoon (1670 -1739), his wife Janet (1670 - 1734), his sons, daughers and their families along with other families including the Pressleys in search of a new life in America. The voyage, however, proved to be very rocky and tragic. As John's wife, Janet died two days out from Belfast on the ship. The family was devastated which was worsened by the fact that they had to bury her at sea.

After the stormy voyage, the Witherspoon landed in Charleston, South Carolina around the 1st of December 1734. They reached Kingstree (Kinstree) in Feb 1735 in Williamsburg District. What they found made them question their decision to come to America. The area proved to be a heavily timbered wilderness full of snakes, wolves and other wild animals and Native Americans whose ancestors had inhabited the land for centuries so often took offense to their intrusion on what they considered to be their land. The tribes included the Wee Nee, the Wee Tee, Chickasaw, Creek , Waccamaw and other Pedee tribes.

After many obstacles including harsh weather, they began the task of building the town of Williamsburg. Of course, they did not do it alone, they did so with the aid of the Africans slaves that they acquired. Many of whom were my ancestors. The slaves provided the labor they needed to clear timber and other debris, develop roads, build structures and to turn a wilderness into a functioning town.

They laid out the town of Williamsburg which they named in honor of William, II, Prince of Orange (1650 – 1702). From 1689 onwards, he reigned as King over England, Ireland and Scotland. He was known in Northern Ireland as "King Billy". By the time, Williamsburg was erected he was already deceased. I guess his legacy must have been meaningful to the new settlers.

The name Kingstree which is the present-day site of Williamsburg and the first town in the Williamsburg township came from a large white pine tree on the bank of the Black River which forms the western boundary of the town. The tree was described as majestic and stood tall, erect and more noble than the others. This species of pine, along with all gold and siver mines was reserved for the King. Hence, the name of King's tree was first given to the tree and then to the town.

Despite their initial doubts, the family prospered. The wilderness, although it had its challenges, had a bounty of deer, wild turkeys, fish and muscadine grapes. Hence, food was one thing they did not have to worry about. As the colony grew, they established plantations. The crops included corn, flax, cotton for clothing and later indigo. Rice was also grown along the river.

Of course, the building of Plantations came slaves. Lots of them. The slaves dedicated their lives to the building of the township of Williamsburg. Their sweat and toll provided food, shelter, livelihood and wealth to the Witherspoons and other colonists and for generations to come.

They also erected the Williamsburg Church.

Other families that migrated from Scotland and Ireland with John Witherspoon were the Wilsons, Friersons, Plowdens, James, Stuarts, Gordons, Porters, Pressleys, McDonalds, Ervins and Bradleys.

Welcome to my blogsite 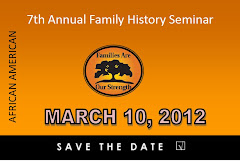 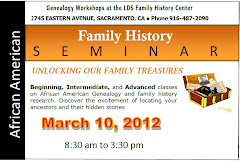 Karen Burney
I have a passion for historical and genealogical research.

Its Me shaking up my Family Tree 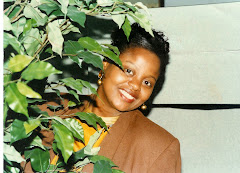